A tasty and nice Christmas Cake.

Add the MILK with the YEAST and knead until obtaining a fully mixed dough.

Put the dough in a bowl, cover it with plastic wrap and let it rise for about 5 – 6 hours (it must double in volume).

After this time, take the dough and divide it into 4 equal parts.

Roll out the first part with a rolling pin until you get a thin disk no more than 3-4 mm at least 30cm in diameter.

Place it in a mold lined with parchment paper.

Spread the disc with 1/3 of RED FRUIT JAM

Spread the second dough (as above) and place it to cover the jam of the first.

Spread the jam also on the second and spread the third disk.

Proceed again by overlapping and covering with the remaining jam.

Cover with the last dough spread with a rolling pin.

Divide the cake into four parts, leaving the whole center (leave a circle of at least 6 cm)

Divide each quarter into two parts, so as to obtain 8 wedges, and again cut the wedges in two to obtain 16 wedges.

Take two slices at a time and rotate them in the opposite direction to the outside, then join the ends by rolling them up.

Perform the same operation for all other segments.

Cover and let rise again for about 1 hour

Remove from oven and leave it cooling on a rack.

Transfer the dessert onto a serving plate sprinkling it with icing sugar. 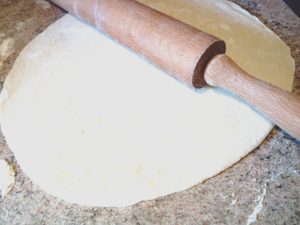 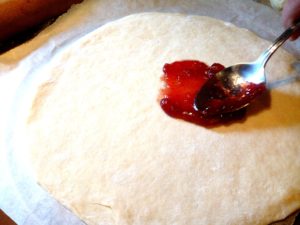 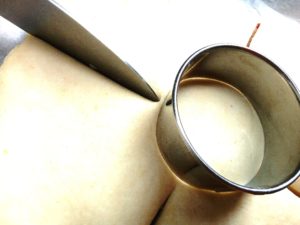 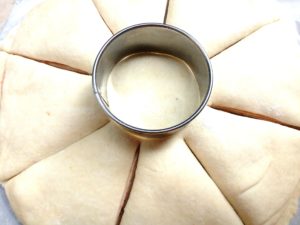 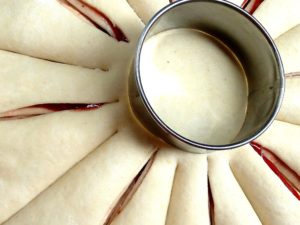 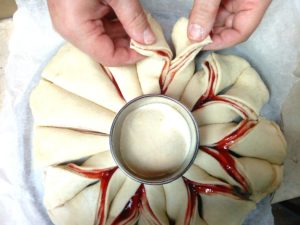 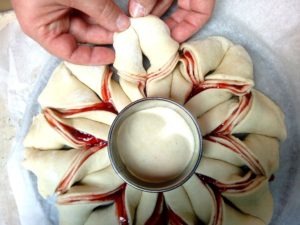 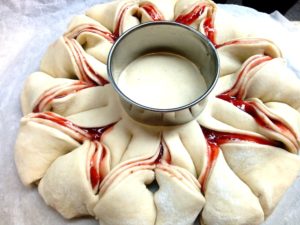 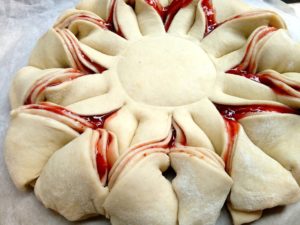 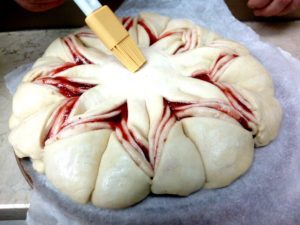 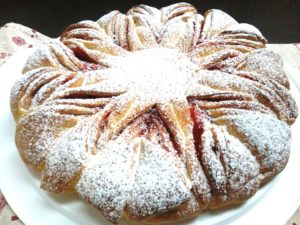 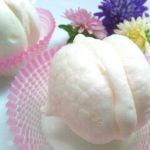 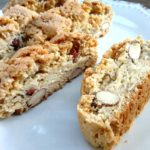 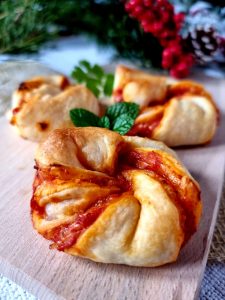